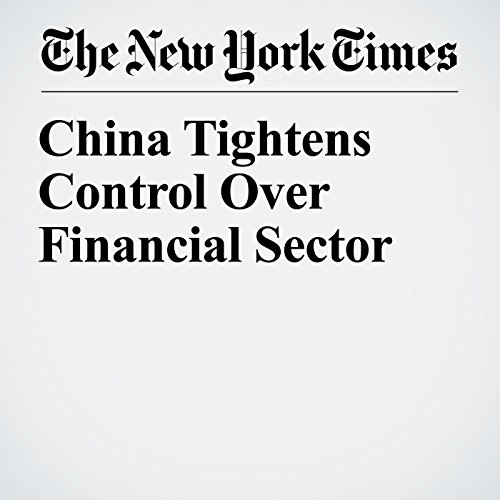 The Chinese government said on Tuesday that it planned to overhaul supervision of the country’s debt-ridden financial sector, its environmental regulators and other essential government agencies in a broad move intended to further consolidate the Communist Party’s hold on official levers of power.

"China Tightens Control Over Financial Sector" is from the March 12, 2018 Business section of The New York Times. It was written by Keith Bradsher, Chris Buckley and narrated by Fleet Cooper.