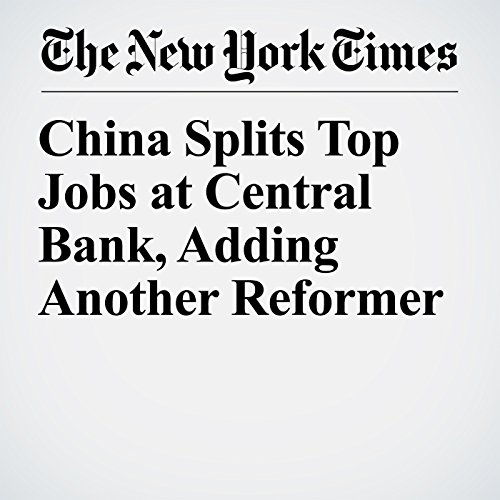 BEIJING — Less than a week after naming Yi Gang as the governor of China’s central bank, leaders in Beijing have unexpectedly put a different man above him as the Communist Party secretary at the central bank, five people familiar with the decision said Sunday.

"China Splits Top Jobs at Central Bank, Adding Another Reformer" is from the March 25, 2018 Business section of The New York Times. It was written by Keith Bradsher and narrated by Kristi Burns.