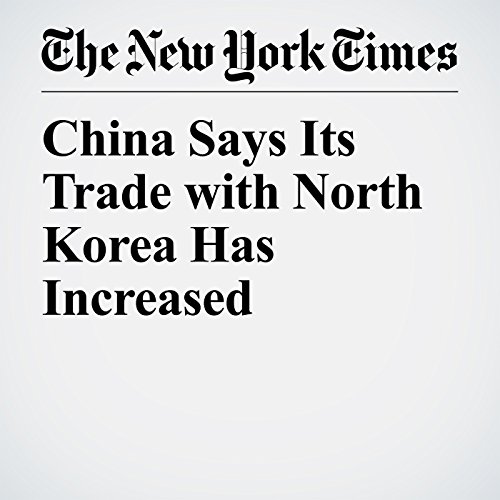 Amid sharply rising tensions over North Korea’s nuclear arms program, China said on Thursday that its trade with the country had expanded, even though it had complied with United Nations sanctions and stopped buying Korean coal, a major source of hard currency for Pyongyang.

"China Says Its Trade with North Korea Has Increased" is from the April 13, 2017 World section of The New York Times. It was written by Jane Perlez and Yufan Huang and narrated by Keith Sellon-Wright.