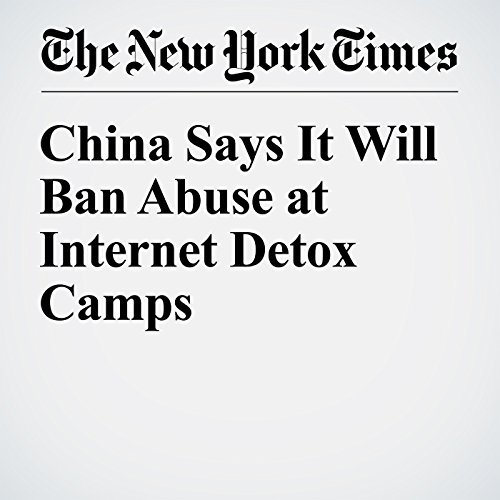 China’s internet detox boot camps have drawn wide condemnation for abusive treatment of children that includes beatings and electroshock therapy, prompting the government to draft a law that would crack down on the camps’ worst excesses.

"China Says It Will Ban Abuse at Internet Detox Camps" is from the January 13, 2017 World section of The New York Times. It was written by Mike Ives and narrated by Corey M. Snow.