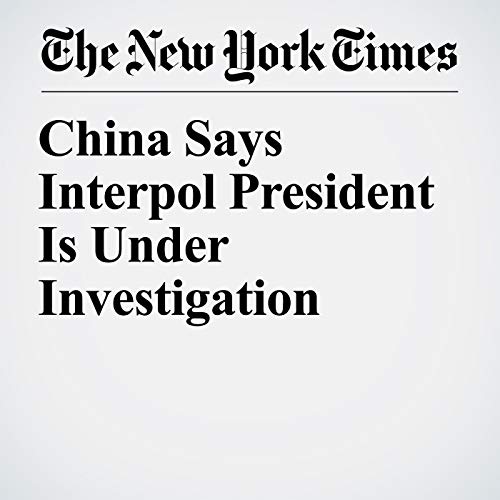 The Chinese Communist Party announced late Sunday that the missing president of Interpol, Meng Hongwei, was under investigation on “suspicion of violating the law” and was “under the supervision” of an anti-corruption watchdog tied to the party.

"China Says Interpol President Is Under Investigation" is from the October 07, 2018 World section of The New York Times. It was written by Edward Wong and narrated by Kristi Burns.