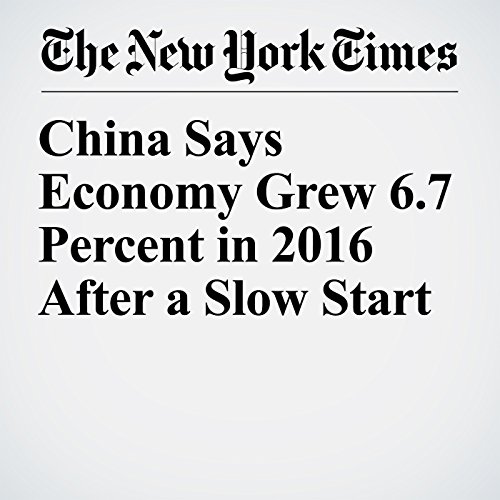 The Chinese government announced Friday morning that the country’s economy grew 6.7 percent last year, and accelerated slightly to 6.8 percent in the fourth quarter.

"China Says Economy Grew 6.7 Percent in 2016 After a Slow Start" is from the January 19, 2017 Business section of The New York Times. It was written by Keith Bradsher and narrated by Corey M. Snow.