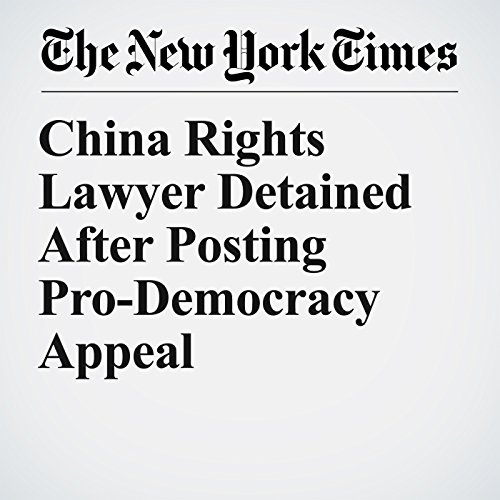 On Wednesday, he posted an appeal to change China’s constitution, suggesting, among other things, that there might be a more democratic way to elect the country’s leader. By Friday morning, he was in police custody.

"China Rights Lawyer Detained After Posting Pro-Democracy Appeal" is from the January 19, 2018 World section of The New York Times. It was written by Steven Lee Myers and narrated by Barbara Benjamin-Creel.