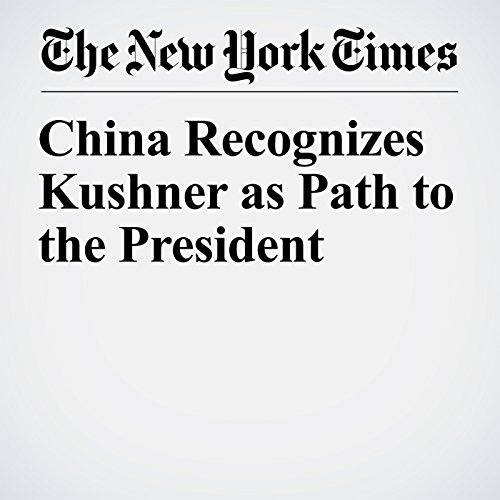 Kushner’s central role reflects the peculiar nature not only of this first meeting between Trump and Xi, but also of the broader relationship between the United States and China in the early days of the Trump administration. It is at once highly personal and bluntly transactional — a strategy that carries significant risks, experts said, given the economic and security issues that divide the countries.

"China Recognizes Kushner as Path to the President" is from the April 02, 2017 U.S. section of The New York Times. It was written by Mark Landler and narrated by Caroline Miller.