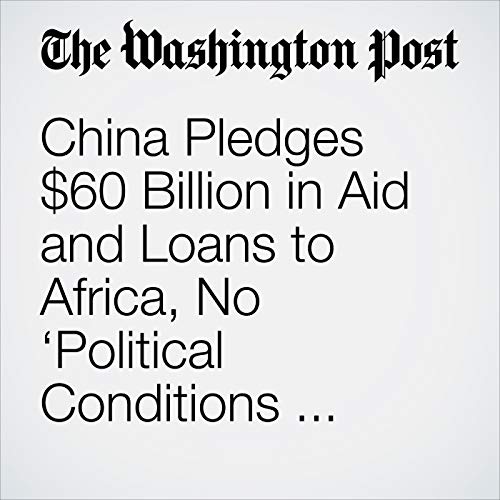 Chinese President Xi Jinping announced $60 billion in aid and loans for Africa on Monday while hosting more than 40 of the continent’s leaders in Beijing, saying that the money came with no expectation of anything in return.

"China Pledges $60 Billion in Aid and Loans to Africa, No ‘Political Conditions Attached’" is from the September 03, 2018 World section of The Washington Post. It was written by Anna Fifield and narrated by Sam Scholl.