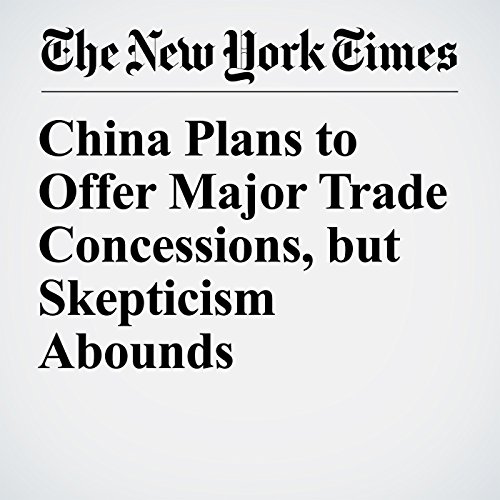 Chinese negotiators are preparing to offer the United States a mammoth package of promises to buy more U.S. goods, in a bid to pare down the trade deficit between the two countries and to defuse President Donald Trump’s aggressive moves against China’s trade practices.

"China Plans to Offer Major Trade Concessions, but Skepticism Abounds" is from the May 17, 2018 Business section of The New York Times. It was written by Mark Landler and Ana Swanson and narrated by Keith Sellon-Wright.