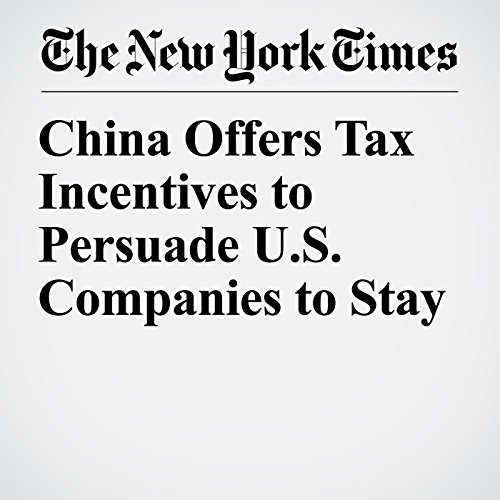 China said Thursday that it would temporarily exempt foreign companies from paying tax on their earnings, a bid to keep U.S. businesses from taking their profits out of China following Washington’s overhaul of the U.S. tax code.

"China Offers Tax Incentives to Persuade U.S. Companies to Stay" is from the December 28, 2017 World section of The New York Times. It was written by Sui Lee Wee and narrated by Kristi Burns.