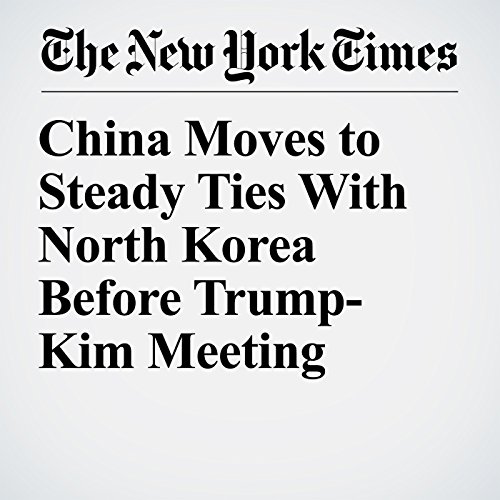 BEIJING — As North Korea holds summit meetings with its archenemies — first South Korea, and soon the United States — China is hustling not to lose influence.

"China Moves to Steady Ties With North Korea Before Trump-Kim Meeting" is from the May 03, 2018 World section of The New York Times. It was written by Jane Perlez and narrated by Keith Sellon-Wright.