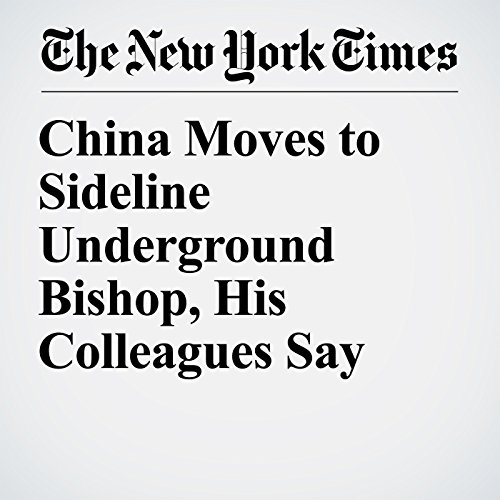 Authorities are trying to keep out of the public eye during Easter week an underground Chinese bishop at the center of a controversial deal between Beijing and the Vatican, according to people working in his office.

"China Moves to Sideline Underground Bishop, His Colleagues Say" is from the March 28, 2018 World section of The New York Times. It was written by Ian Johnson and narrated by Keith Sellon-Wright.