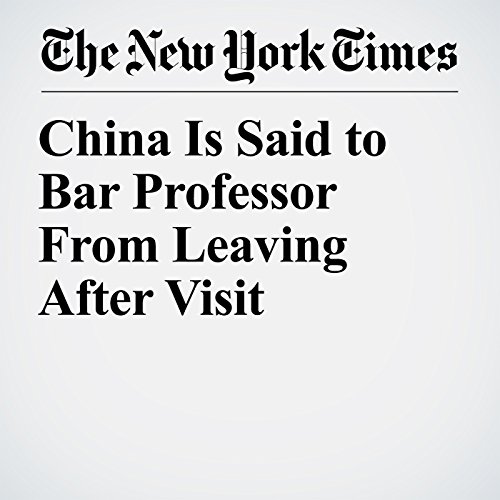 A Chinese-born professor at an Australian university who has often criticized Beijing’s crackdown on political dissent has been barred from leaving China and is being questioned by state security officers as a suspected threat to national security, his lawyer said Sunday.

"China Is Said to Bar Professor From Leaving After Visit" is from the March 26, 2017 World section of The New York Times. It was written by Chris Buckley and narrated by Keith Sellon-Wright.