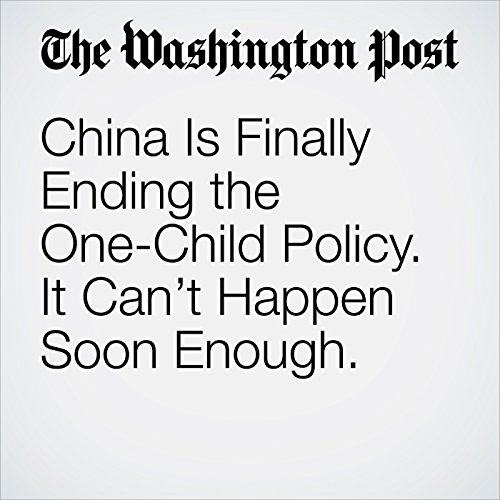 Recent news reports suggest that the Chinese Communist Party is considering abandoning one of its longest-running and most abusive practices: its reproduction planning policy, commonly known as the one-child policy. The decision comes as the nation faces a number of domestic crises resulting from the policy, from a rapidly aging labor force to severe gender imbalances. Returning reproductive rights to the people, however, does not exempt the Communist Party from responsibility for decades of trauma and murder committed under the euphemistic rubric of population planning.

"China Is Finally Ending the One-Child Policy. It Can’t Happen Soon Enough." is from the June 11, 2018 Opinion section of The Washington Post. It was written by Chen Guangcheng and narrated by Sam Scholl.