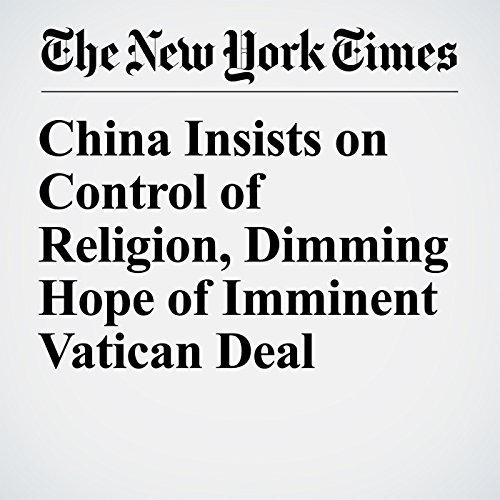 BEIJING — China will not allow any foreign interference in religious affairs in the country, a senior official said Tuesday, dousing expectations of an imminent deal with the Vatican over control of the Roman Catholic Church here.

"China Insists on Control of Religion, Dimming Hope of Imminent Vatican Deal" is from the April 03, 2018 World section of The New York Times. It was written by Steven Lee Myers and narrated by Kristi Burns.