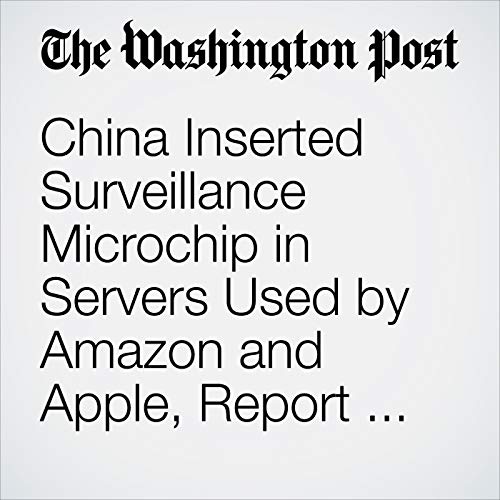 "China Inserted Surveillance Microchip in Servers Used by Amazon and Apple, Report Says" is from the October 04, 2018 Business section of The Washington Post. It was written by Craig Timberg, Ellen Nakashima and Hamza Shaban and narrated by Sam Scholl.