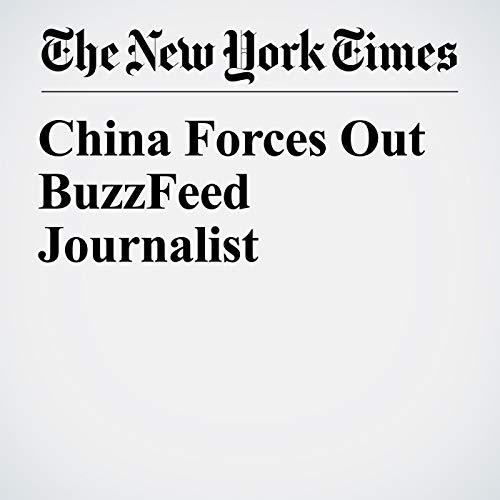 HONG KONG — An American reporter for BuzzFeed News has become the latest foreign journalist to be forced from China, which has a history of retaliating against news organizations and individual journalists for critical coverage.

"China Forces Out BuzzFeed Journalist" is from the August 23, 2018 World section of The New York Times. It was written by Austin Ramzy and Edward Wong and narrated by Keith Sellon-Wright.