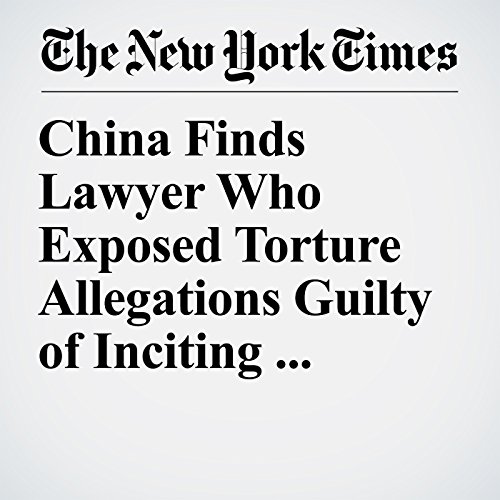 A Chinese human rights lawyer who has supported the families of other lawyers and activists detained in a sweeping crackdown since 2015 was declared guilty on Tuesday of inciting subversion by a court in southern China and sentenced to two years in prison.

"China Finds Lawyer Who Exposed Torture Allegations Guilty of Inciting Subversion" is from the November 21, 2017 World section of The New York Times. It was written by Chris Buckley and narrated by Kristi Burns.