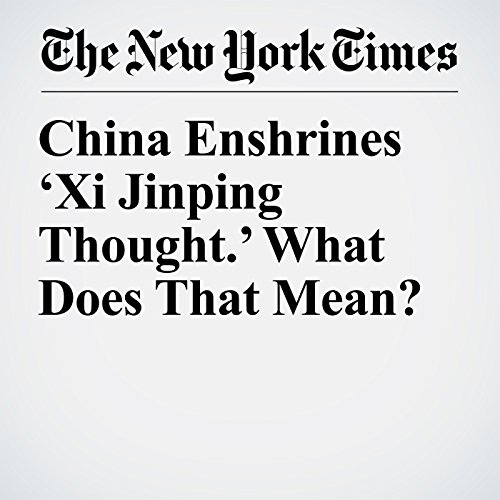 China’s leader, Xi Jinping, secured a political victory Tuesday when a Communist Party congress in Beijing enshrined his name and ideas into the party’s constitution. Appearing alongside the hallowed names of Mao Zedong and Deng Xiaoping will be a clunky new phrase: “Xi Jinping Thought for the New Era of Socialism with Chinese Special Characteristics.”

"China Enshrines ‘Xi Jinping Thought.’ What Does That Mean?" is from the October 24, 2017 World section of The New York Times. It was written by Chris Buckley and narrated by Kristi Burns.