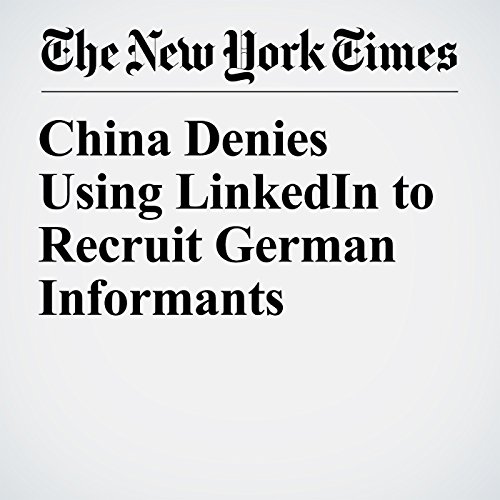 China on Monday rejected accusations that it had used LinkedIn and other social media sites to infiltrate the German government, responding to claims from German intelligence services that more than 10,000 citizens had been targeted by Chinese spies.

"China Denies Using LinkedIn to Recruit German Informants" is from the December 11, 2017 World section of The New York Times. It was written by Javier C. Hernández and Melissa Eddy and narrated by Keith Sellon-Wright.