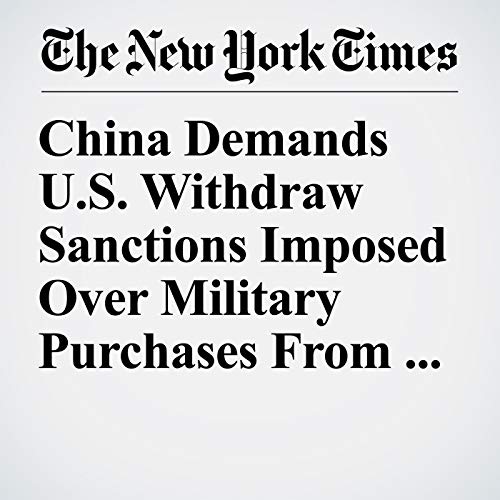 Chinese officials have summoned the U.S. ambassador in Beijing to denounce the United States for imposing economic sanctions this past week on a Chinese military organization for buying equipment from Russia, according to Chinese state news reports Saturday.

"China Demands U.S. Withdraw Sanctions Imposed Over Military Purchases From Russia" is from the September 22, 2018 World section of The New York Times. It was written by Edward Wong and narrated by Kristi Burns.