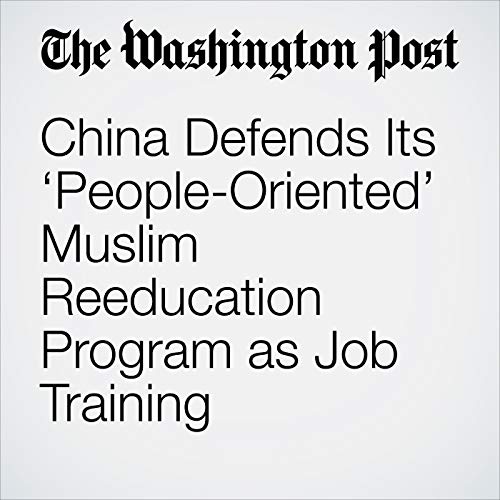 HONG KONG — China will release some Muslim detainees held in the far western region of Xinjiang after they complete their “de-extremization education” by the end of this year, a regional leader said Tuesday as China unfurled its most extensive defense of the mass internment program to date.

"China Defends Its ‘People-Oriented’ Muslim Reeducation Program as Job Training" is from the October 16, 2018 World section of The Washington Post. It was written by Gerry Shih and narrated by Sam Scholl.