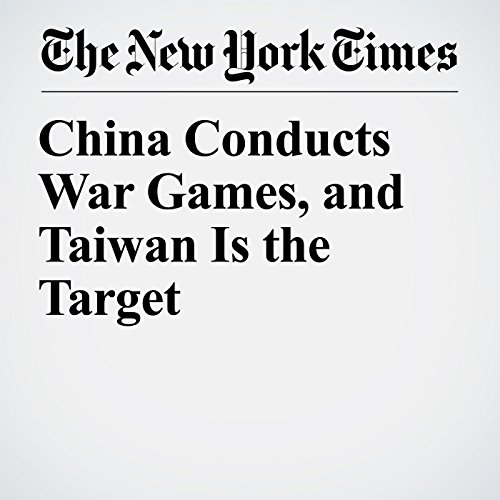 China Conducts War Games, and Taiwan Is the Target

HONG KONG — China carried out live-fire military drills in the Taiwan Strait on Wednesday, its state news media reported, an exercise intended to show the growing strength of its navy and deliver a message to self-governed Taiwan, which China claims as its territory.

"China Conducts War Games, and Taiwan Is the Target" is from the April 18, 2018 World section of The New York Times. It was written by Austin Ramzy and narrated by Kristi Burns.