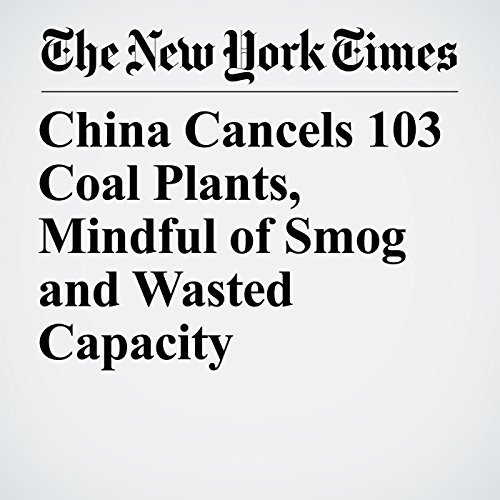 China is canceling plans to build more than 100 coal-fired power plants, seeking to rein in runaway, wasteful investment in the sector while moving the country away from one of the dirtiest forms of electricity generation, the government announced in a directive made public this week.

"China Cancels 103 Coal Plants, Mindful of Smog and Wasted Capacity" is from the January 18, 2017 World section of The New York Times. It was written by Michael Forsythe and narrated by Keith Sellon-Wright.