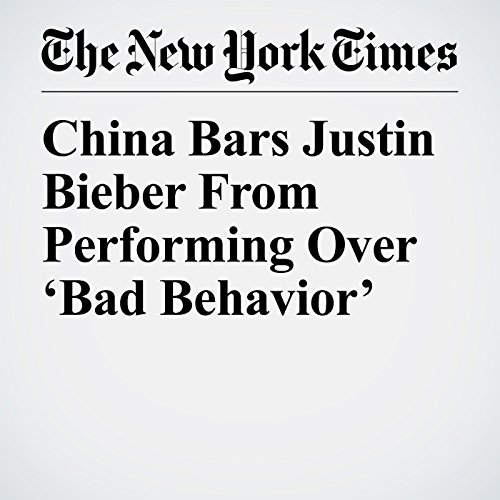 Justin Bieber’s Purpose Tour has been called a “world apology tour” intended to show a more mature side of a pop singer whose antics have drawn embarrassing headlines over the years.

"China Bars Justin Bieber From Performing Over ‘Bad Behavior’" is from the July 21, 2017 Entertainment section of The New York Times. It was written by Amy Qin and narrated by Barbara Benjamin-Creel.