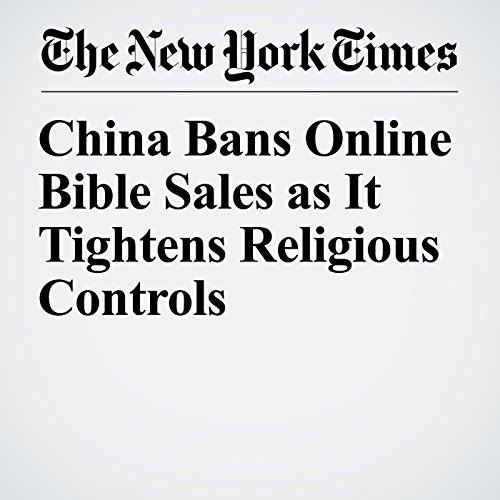 BEIJING — The Chinese government has banned online retailers from selling the Bible, moving in the wake of new rules to control the country’s burgeoning religious scene.

"China Bans Online Bible Sales as It Tightens Religious Controls" is from the April 05, 2018 World section of The New York Times. It was written by Ian Johnson and narrated by Kristi Burns.