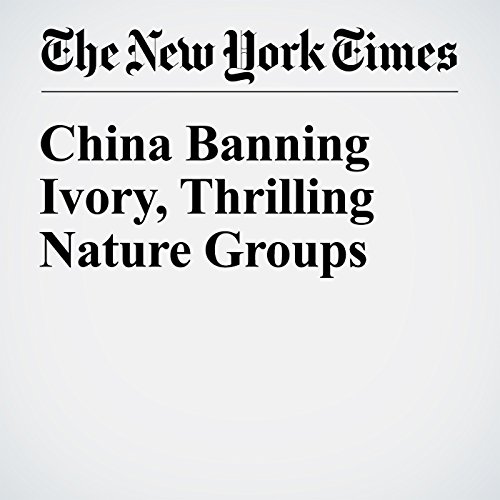 China announced Friday that it was banning all commerce in ivory by the end of 2017, a move that would shut down the world’s largest ivory market and could deal a critical blow to the practice of elephant poaching in Africa.

"China Banning Ivory, Thrilling Nature Groups" is from the December 31, 2016 World section of The New York Times. It was written by Edward Wong and Jeffrey Gettleman and narrated by Barbara Benjamin-Creel.