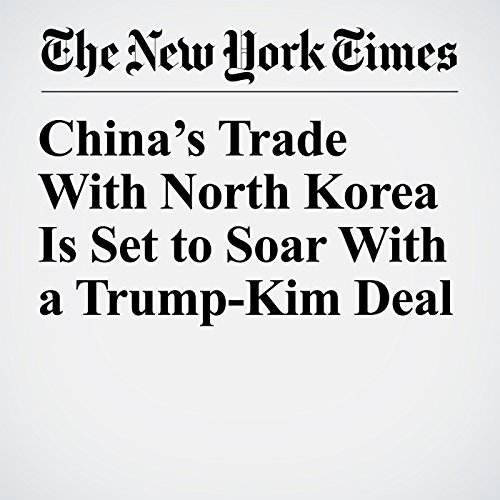 HUNCHUN, China — In the Chinese border town of Hunchun, garment factories gladly employ squads of North Koreans, who are valued as skilled and dutiful workers. Live crab from the North wriggle in huge tanks in the fish market. Informal bankers promise to deliver the equivalent of thousands of dollars in Chinese currency to North Koreans across the border in a matter of hours.

"China’s Trade With North Korea Is Set to Soar With a Trump-Kim Deal" is from the June 05, 2018 World section of The New York Times. It was written by Jane Perlez and narrated by Keith Sellon-Wright.