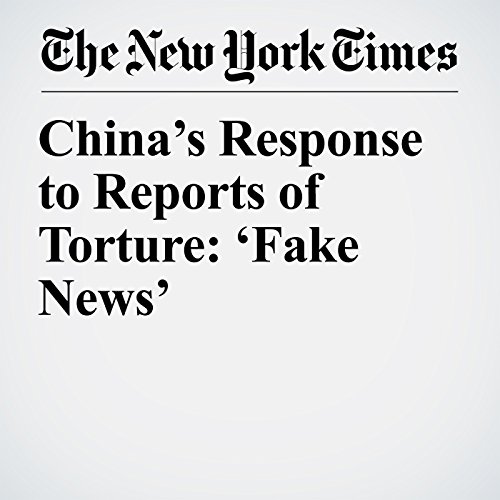 "China’s Response to Reports of Torture: ‘Fake News’" is from the March 03, 2017 World section of The New York Times. It was written by Javier C. Hernández and narrated by Jenny Hoops.