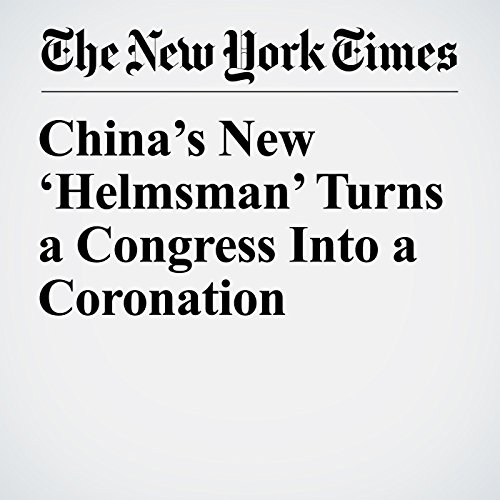 BEIJING — He is now officially China’s “national helmsman,” an accolade echoing one of the honorifics used for Mao, the “great helmsman.” On Tuesday, China ended a 16-day meeting of its legislature, the National People’s Congress, that took on the trappings of an extended coronation of the president, Xi Jinping.

"China’s New ‘Helmsman’ Turns a Congress Into a Coronation" is from the March 20, 2018 World section of The New York Times. It was written by Chris Buckley and narrated by Keith Sellon-Wright.