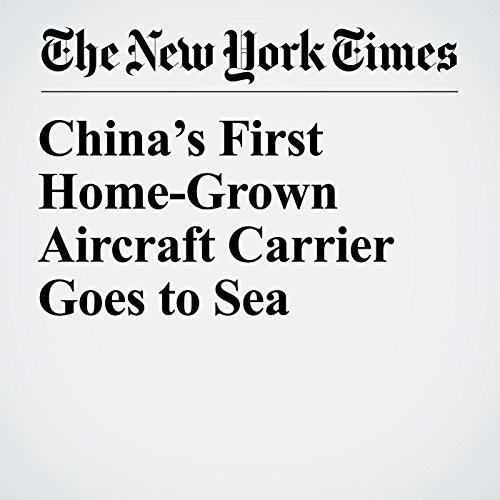 TAIPEI, Taiwan — China launched its first domestically built aircraft carrier to begin sea trials on Sunday, reaching another milestone in the expansion of the country’s navy.

"China’s First Home-Grown Aircraft Carrier Goes to Sea" is from the May 13, 2018 World section of The New York Times. It was written by Steven Lee Myers and narrated by Keith Sellon-Wright.