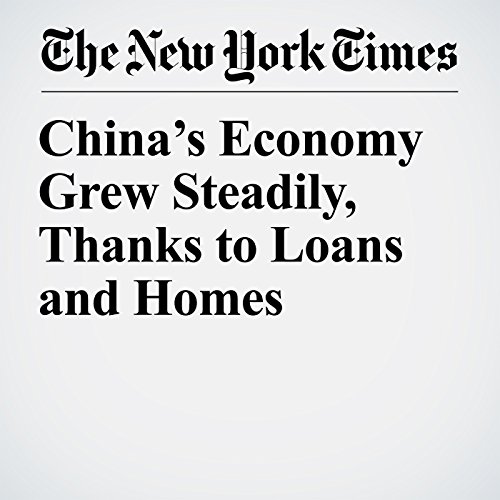 China turned to a tried-and-true recipe to cook up another three months of respectable growth.Heavy lending by state-owned banks, brisk government spending and strong exports helped keep China’s economy growing briskly and steadily. China’s statistical agency said Thursday that the economy had grown 6.8 percent in the July-to-September period, compared with the same quarter a year ago.

"China’s Economy Grew Steadily, Thanks to Loans and Homes" is from the October 18, 2017 Business section of The New York Times. It was written by Keith Bradsher and narrated by Kristi Burns.