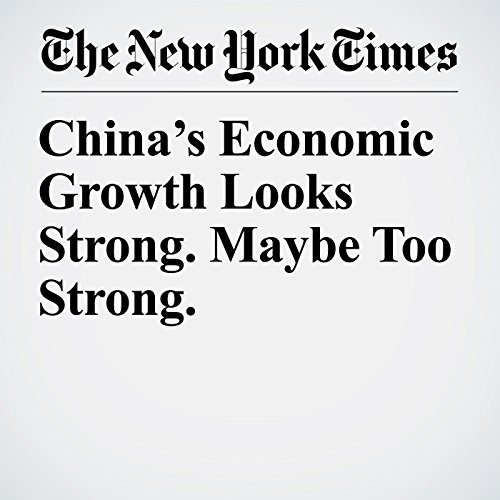 The pace of growth in China’s economy accelerated last year for the first time in seven years as exports, construction and consumer spending all climbed strongly. At least, that’s what the government says.

"China’s Economic Growth Looks Strong. Maybe Too Strong." is from the January 18, 2018 Business section of The New York Times. It was written by Keith Bradsher and narrated by Barbara Benjamin-Creel.