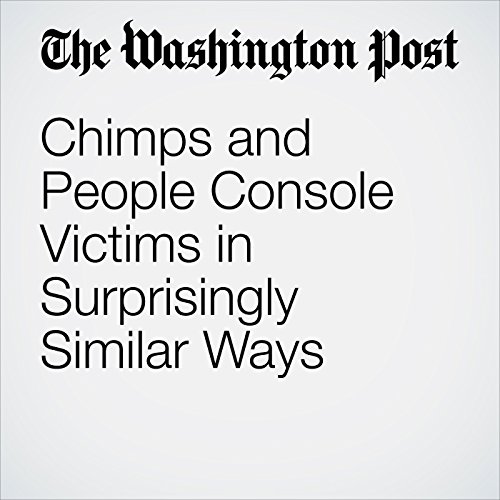 A security camera recorded four black-clad gunmen as they rushed into a Netherlands supermarket. The camera watched them wave a gun in the face of a female employee. It watched her quietly hand over the money.

"Chimps and People Console Victims in Surprisingly Similar Ways" is from the May 31, 2017 Speaking of Science section of The Washington Post. It was written by Ben Guarino and narrated by Jill Melancon.