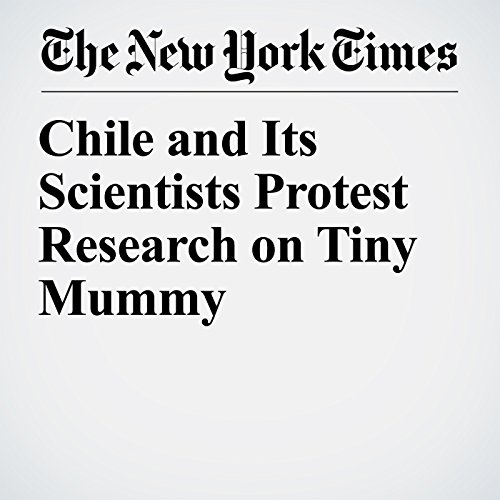 Chile and Its Scientists Protest Research on Tiny Mummy

Days after researchers announced that a tiny mummy once rumored to be an alien was actually a human infant, Chilean scientists condemned the new study as unethical and their government began an investigation into grave robbing.

"Chile and Its Scientists Protest Research on Tiny Mummy" is from the March 28, 2018 World section of The New York Times. It was written by Carl Zimmer and narrated by Kristi Burns.