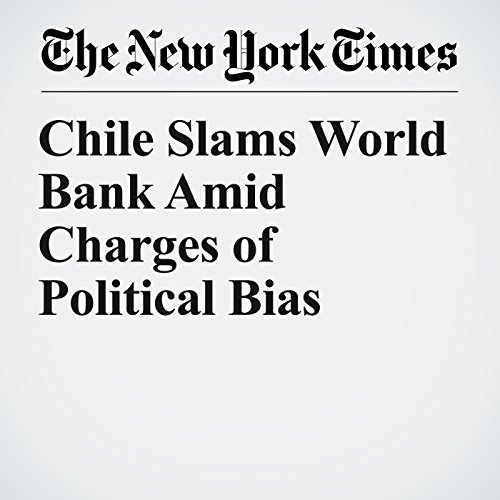 Chile’s outgoing president, Michelle Bachelet, criticized the World Bank on Saturday after an economist said that her country’s poor showing in an influential survey of global business conditions may actually have reflected a political bias against her left-leaning government.

"Chile Slams World Bank Amid Charges of Political Bias" is from the January 14, 2018 World section of The New York Times. It was written by Pascale Bonnefoy and Ernesto Londoño and narrated by Keith Sellon-Wright.