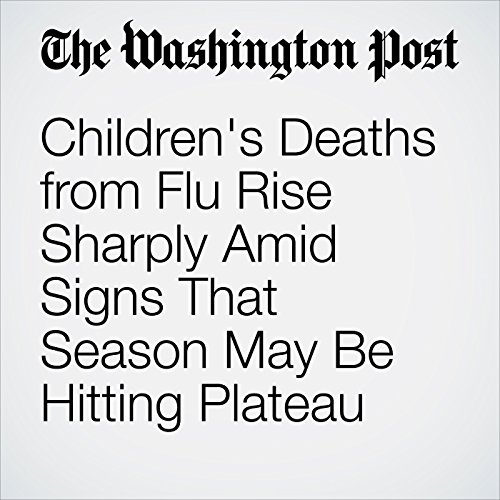 Flu has killed 22 more children, the most reported since the respiratory virus began slamming the country in the fall, according to a government report released Friday. The total number of flu-related pediatric deaths is now at least 84 nationwide.

"Children's Deaths from Flu Rise Sharply Amid Signs That Season May Be Hitting Plateau" is from the February 16, 2018 Lifestyle section of The Washington Post. It was written by Lena H. Sun and narrated by Jenny Hoops.