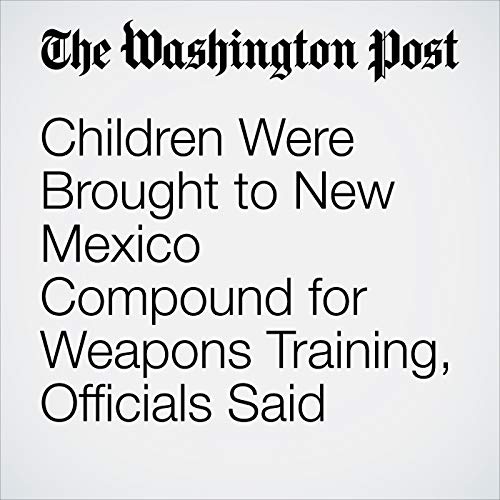 The suspected child abductor found last week with 11 children and four other adults at a squalid New Mexico compound had trained at least one of the minors to use an assault rifle in preparation for a school shooting, prosecutors said in court documents filed on Wednesday. The children, who officials have said were between the ages of 1 and 15, were taken to the compound by some adults for the purpose of receiving weapons training for future acts of violence, the documents said.

"Children Were Brought to New Mexico Compound for Weapons Training, Officials Said" is from the August 08, 2018 Post Nation section of The Washington Post. It was written by Eli Rosenberg and Abigail Hauslohner and narrated by Sam Scholl.