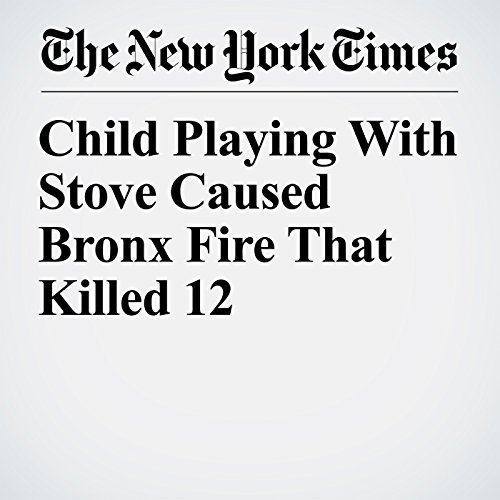 NEW YORK — A fire in a Bronx apartment building Thursday night that killed 12 people, among them four children, was caused by a young child playing with a stove in a first-floor apartment, Mayor Bill de Blasio said Friday.

"Child Playing With Stove Caused Bronx Fire That Killed 12" is from the December 29, 2017 U.S. section of The New York Times. It was written by Benjamin Mueller and Vivian Wang and narrated by Archie Montgomery.