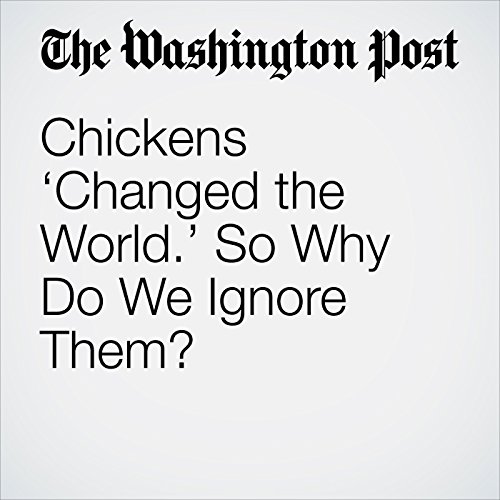 What’s notable is that they did not cook or eat the chicken. Archaeologists who later unearthed the site in Lincolnshire County found the chicken’s skeleton intact and concluded that it had been carefully buried by its Iron Age handlers, perhaps as an offering to the gods, or perhaps because it was seen as godlike itself. After all, chickens, the descendants of Asian jungle fowl, had only been in Britain for a few hundred years, and they were loud, colorful and still rare.

"Chickens ‘Changed the World.’ So Why Do We Ignore Them?" is from the January 13, 2017 Animalia section of The Washington Post. It was written by Karin Brulliard and narrated by Jill Melancon.

Cosa pensano gli ascoltatori di Chickens ‘Changed the World.’ So Why Do We Ignore Them?