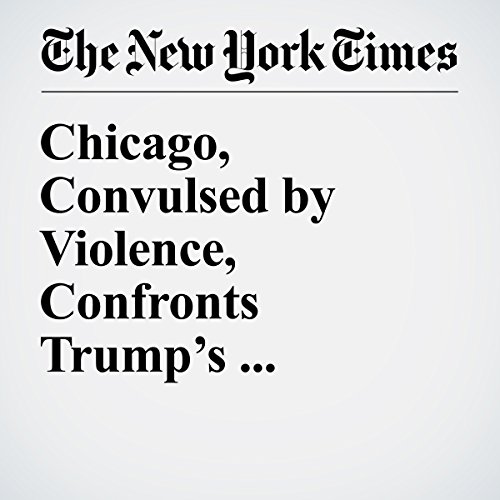 President Donald Trump spent part of Tuesday watching television in the White House and firing off a Twitter post aimed at the nation’s third-largest city. “If Chicago doesn’t fix the horrible ‘carnage’ going on,” he wrote, “I will send in the Feds!”

""Chicago, Convulsed by Violence, Confronts Trump’s Twitter Threat" is from the January 25, 2017 U.S. section of The New York Times. It was written by Julie Bosman and narrated by Kristi Burns.