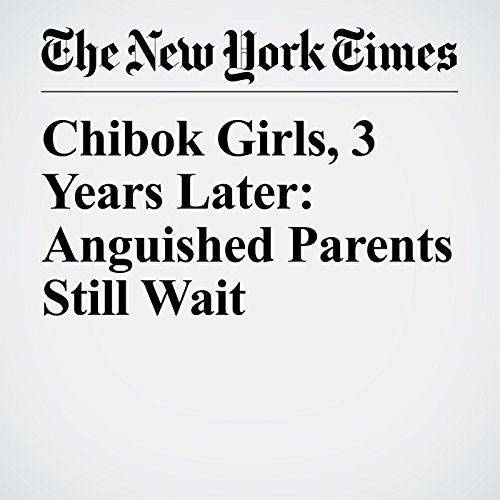 For three grueling years Pogu and Yana Galang have waited, desperate for their daughters to return home.The three girls were among nearly 300 female students kidnapped on April 15, 2014, when members of Boko Haram stormed their boarding school in the village of Chibok in northeastern Nigeria during the week of final exams.

"Chibok Girls, 3 Years Later: Anguished Parents Still Wait" is from the April 14, 2017 World section of The New York Times. It was written by Ibrahim Sawab and Dionne Searcey and narrated by Jef Holbrook.