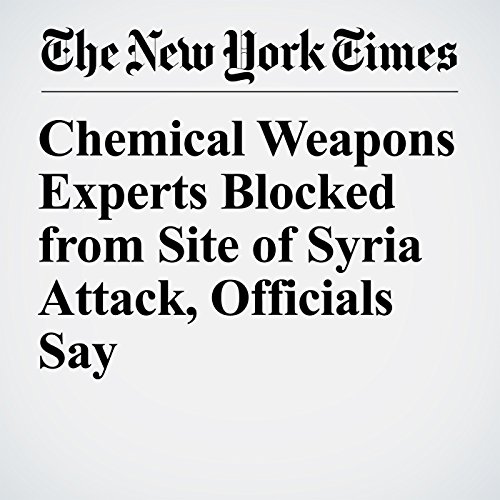 LONDON — Western diplomats accused Syria and Russia on Monday of preventing weapons inspectors from reaching the site of an alleged chemical attack by the Syrian government that led to a series of airstrikes by the United States and its allies over the weekend.

"Chemical Weapons Experts Blocked from Site of Syria Attack, Officials Say" is from the April 16, 2018 World section of The New York Times. It was written by Richard Pérez Peña and narrated by Kristi Burns.