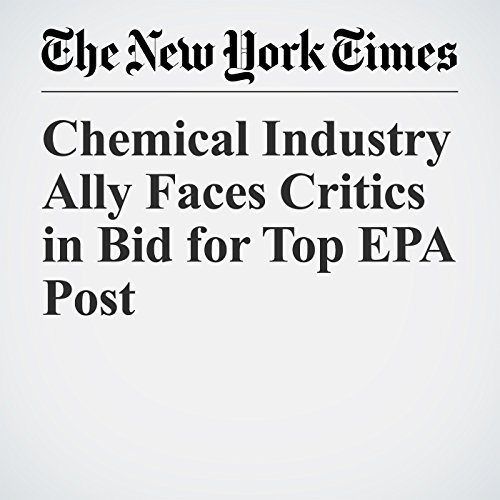 The scientist nominated to head the federal government’s chemical regulatory program has spent much of his career helping businesses fight restrictions on the use of potentially toxic compounds in consumer goods.

"Chemical Industry Ally Faces Critics in Bid for Top EPA Post" is from the September 19, 2017 U.S. section of The New York Times. It was written by Sheila Kaplan and Eric Lipton and narrated by Keith Sellon-Wright.