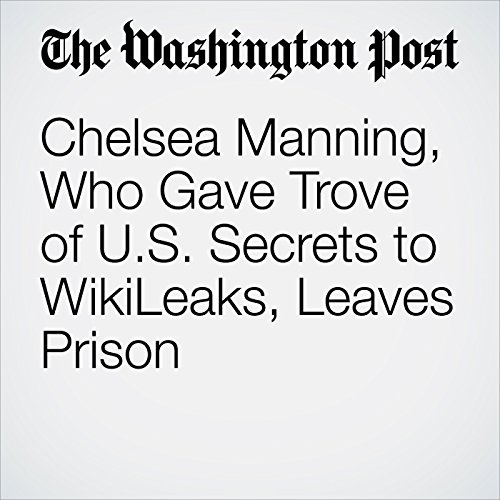 Chelsea Manning, the transgender Army private who passed a trove of sensitive government documents to WikiLeaks in 2010, walked out of the disciplinary barracks at Fort Leavenworth, Kansas, on Wednesday morning after serving an abbreviated sentence in connection with one of the most notorious leaks of classified documents in U.S. history.

"Chelsea Manning, Who Gave Trove of U.S. Secrets to WikiLeaks, Leaves Prison" is from the May 16, 2017 National section of The Washington Post. It was written by Sandhya Somashekhar and narrated by Sam Scholl.