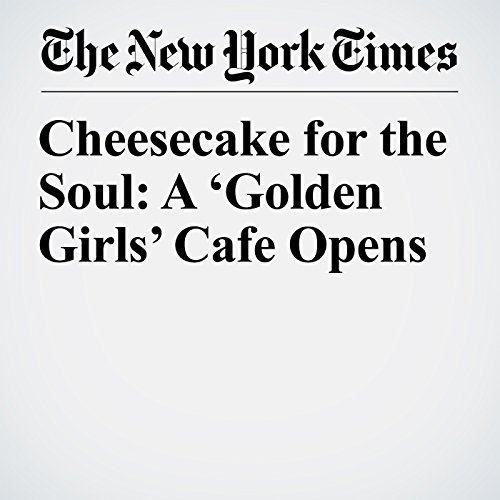 Picture it: Manhattan, 2017. A crisp Saturday morning. Every table in Rue La Rue Cafe — a new restaurant in Washington Heights dedicated to Rue McClanahan and her hit television series, “The Golden Girls” — was occupied, including one in a replica of the kitchen set from the show.

"Cheesecake for the Soul: A ‘Golden Girls’ Cafe Opens" is from the February 18, 2017 Lifestyle section of The New York Times. It was written by Isaac Oliver and narrated by Barbara Benjamin-Creel.