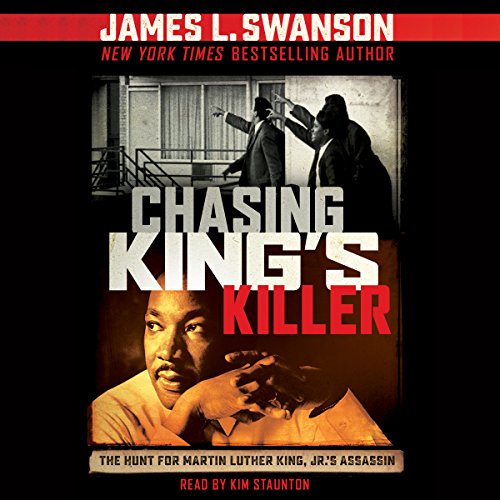 As he did in his best-selling Scholastic MG/YA books Chasing Lincoln's Killer and "The President Has Been Shot!", Swanson transports listeners back to one of the most shocking, sad, and terrifying events in American history.

I was unaware of the circumstances surrounding the assassination and manhunt and found this very interesting. It was spoiled a bit by the narration as the narrators interpretation for voices was somewhat strange and distracting. In most cases she just spoke slower. Other than that I enjoyed this book.