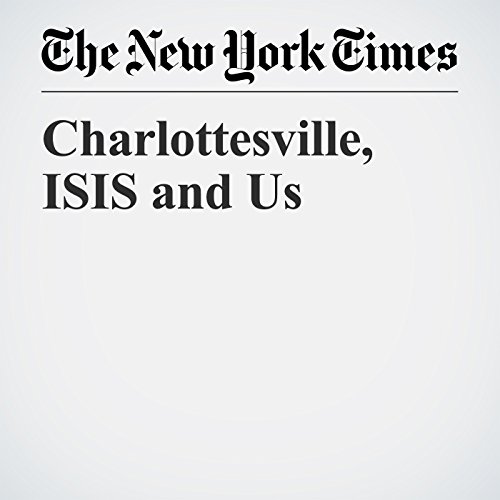 Charlottesville, ISIS and Us

I’ve been on the road since the Charlottesville killing. I am traveling around the Arab world and Afghanistan with the chief of the U.S. Air Force, Gen. David Goldfein; his civilian boss, the Air Force secretary, Heather Wilson; and their aides. We’re currently at the giant Al Udeid Air Base, from which America’s entire ISIS-Syria-Iraq-Afghanistan air war is run.

"Charlottesville, ISIS and Us" is from the August 15, 2017 Opinion section of The New York Times. It was written by Thomas L. Friedman and narrated by Kristi Burns.