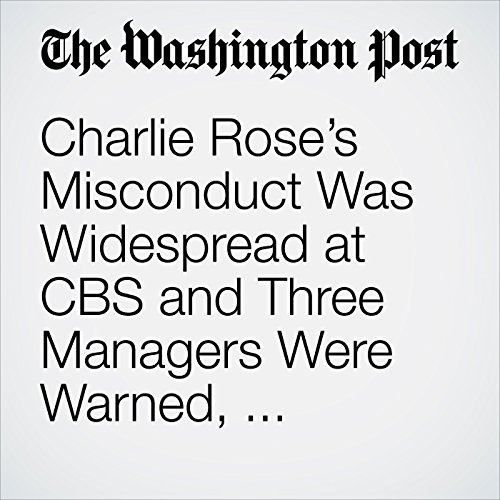 Incidents of sexual misconduct by Charlie Rose were far more numerous than previously known, according to a new investigation by The Washington Post, which also found three occasions over a period of 30 years in which CBS managers were warned of his conduct toward women at the network.

"Charlie Rose’s Misconduct Was Widespread at CBS and Three Managers Were Warned, Investigation Finds" is from the May 03, 2018 National section of The Washington Post. It was written by Amy Brittain and Irin Carmon and narrated by Sam Scholl.